There are some exciting projects and plans coming to fruition along the Schuylkill River in Manayunk.

The limited use of the Schuylkill River in the Manayunk and East Falls areas is in part a product of few river access points. Working with Brown and Keener Associates, Destination Schuylkill River has explored opportunities for river access possibilities. The best location identified is located on Venice Island, south of the Venice Island Performing Arts and Recreation Center. Plans are available for review.

In the short term, Destination Schuylkill River purchased a dock and secured it behind the Manayunk Brewery. Rowers, canoeists, and kayakers are invited to make use of the dock. 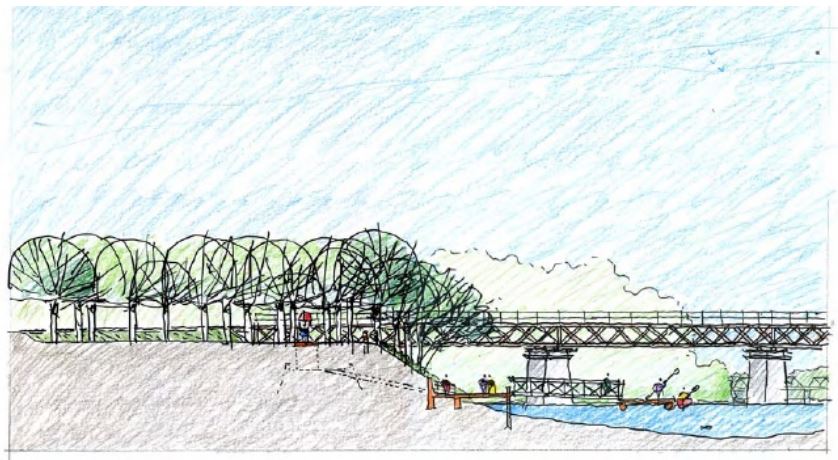 The Manayunk Canal is a remaining segment of a canal system that was once over 106 miles long, stretching from the anthracite region of Schuylkill County down the Schuylkill River into Philadelphia.  It was one of the first anthracite canals built to bring coal down through this network, and served as a key component of Philadelphia’s Industrial Revolution while also shaping the evolution of outlying communities; it was a key transportation node of goods up into Phoenixville, Pottstown, Reading and Schuylkill Haven.

The Manayunk Canal was different from most canals of its time because it was comprised of segments of canal, with inlet and outlet locks around difficult sections of the river as well as the slackwater created by numerous dams constructed up and down the river. The first lock was constructed in East Falls at that neighborhood's waterfall. The last construction was of the Fairmount Dam in 1823, the creation of which caused the slackwater to cover the rocks past East Falls. The Manayunk Section was competed in 1818.

In more recent decades, the Manayunk Canal project has been a top priority in Manayunk. Its location directly behind Main Street businesses creates the perfect opportunity for a watered street with businesses and apartments alongside it.

Starting with planning in 1993 and with the first capital projects completed in 1997, the Manayunk Canal has seen over $8 million in capital investments, with another project of $1.2 million pending. The construction of the bridge at Cotton Street, retrofitting of the Lock Street bridge, bulkheading along the canal, and most recently the completion of landscaping and lighting along the central portion of the canal, have moved this project forward. The canal serves as a rallying point for a number of local community- and business-advocacy groups who work together to secure resources and to help maintain the towpath area that parallels it. Numerous groups continue to work to raise funds to renovate locks #68 (in Shawmont) and #69and #70 at Lock Street in Manayunk. 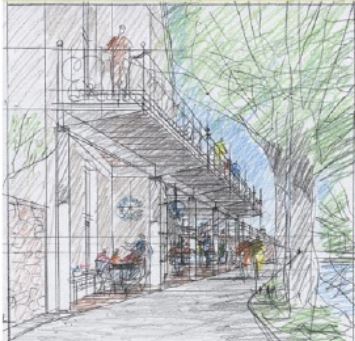