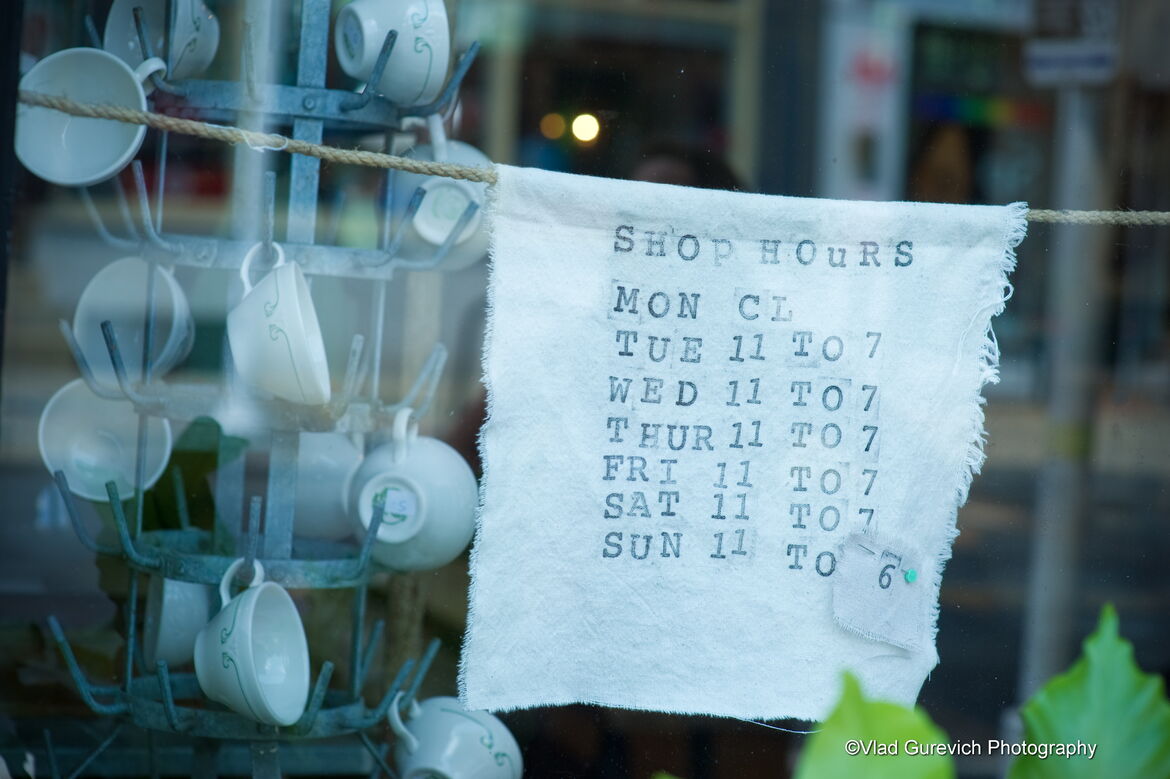 There are so many reasons to celebrate in Manayunk during the summertime. Not only are we preparing for the Arts Festival and Strolling the Street every Thursday night, but a handful of our retailers are celebrating store anniversaries this month! Here’s a peek into how our business owners are celebrating, and what’s in store for them this summer.

Though it feels like they’re already a fixture of the retail scene on Main Street, Lisa and Laura Ann Lamprou opened LILA Fashion International just one year ago. The sisters’ fascination with foreign fashion grew out of their childhood spent around the globe - from Saudi Arabia to Thailand to Egypt. Last June, they decided to start their own retail shop in Manayunk offering the worldly fashions they’ve admired their whole life, and haven’t looked back since.

“This month is a special one for LILA,” Lisa said. “We’ve got plenty of surprises in store for you!”

LILA is celebrating their first birthday weekend, June 17 - June 18, with cocktails and other treats for shoppers at LILA. The girls from LILA are also showing the love with plenty of great deals for the summer and beyond, including:

LILA has good company. Just two doors down at 4390 Main Street, Millay also celebrated a special anniversary. Two years ago, it began as an online shop selling vintage, designer, and modern pieces for a classic wardrobe and home decor. Today, owner Mary has found success with her brick-and-mortar Manayunk shop, bringing vintage clothing to our retail district that are truly one-of-a-kind.

“I’ve been so incredibly surprised by the sense of community cultivated within our space,” Mary said. “I have regular local customers who pop in to visit and chat routinely, sharing photos of them in their finds.”

To show her appreciation for all her loyal customers who have made Millay a reality, Mary hosted her own anniversary party and sale. The soiree included champagne and sparkling lemonade, and plenty of tasty bites. Shoppers also enjoyed 20% off storewide.

“The annual anniversary sales both at our storefront and online is an exciting time to say, ‘thank you’ to all our regulars for supporting us throughout the year and helping us reach each landmark,” Mary said. 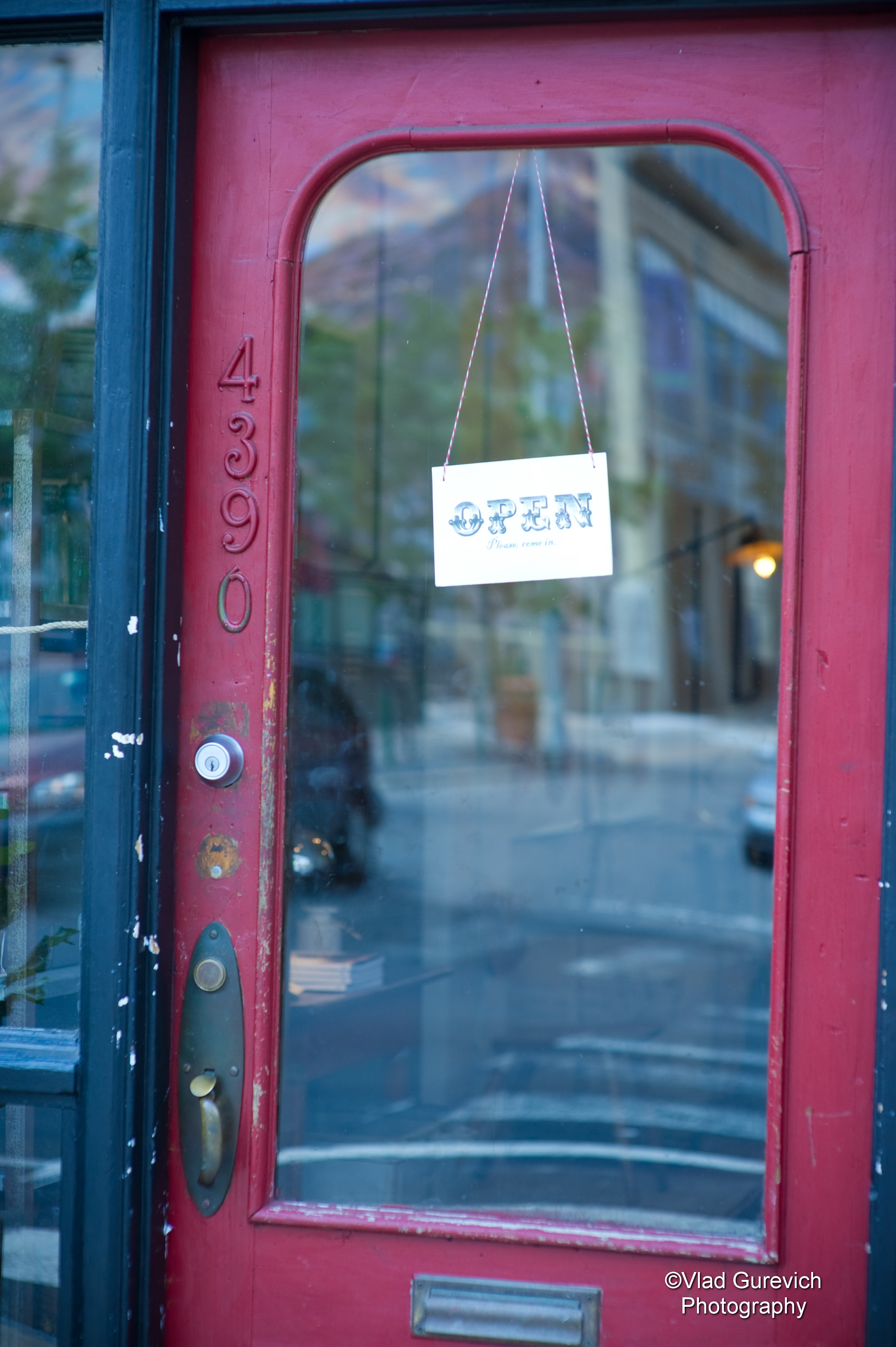 It’s hard to imagine Manayunk retail without Latitudes & Longitudes, and owner Meredith Podob. Having been a part-time employee at the former “Latitudes Gallery” while she was a college student, Meredith took the plunge and purchased the store in 2012. Today, she’s made it her own, redesigning the layout of the store based on her own design sensibilities, and expanding her retail offerings.

“These past five years have been a great journey, and I hope to be able to doing this for the next 50 years,” Meredith said.

Just next door is Meredith’s friend and fellow entrepreneur, Brittany Ashe of Ashe B & Co. Brittany is also celebrating an anniversary - she’s been bringing southern-inspired and bohemian dress options to the district for the past two years. In that short time, Brittany has put her own spin on what it means to be a bride, and made a name for herself as a retail destination on Main Street.

To celebrate their anniversary milestones, Meredith and Brittany will be hosting a “bourbon and bubbly”-inspired event during the Manayunk Arts Festival on June 24 & 25. The event will feature champagne and bourbon-based drinks for shoppers, along with special sales and giveaways as a gift to their loyal customers. Be sure to stop by their storefronts as you’re perusing the art along Main Street!

It’s a special month for Brandy Deieso from The Little Apple as well. Though the store itself has been in operation for seven years, Brandy has owned it for the past four.

“It’s a big milestone for me, because now I have been here longer than the previous owner, so I feel like the shop is really mine,” Brandy said. “Many of my customers have been coming in since before I was the owner, and it’s been great to watch their families change over time. I’ve seen women come in who are pregnant, and now their kids are 4 years old.”

Lately, Brandy has been busy on maternity leave with her own newborn baby, Estella. But she wants everyone to “stay tuned for a giant five-year celebration” next year!

Across the way on Cotton Street, Julie Sabella at The Wall Cycling Studio began her Manayunk journey five years ago. In 2012, Julie transformed her passion for fitness into her very own indoor cycling space. Since then, Julie has built an incredible fitness community. The Wall hosted their own celebration of the gym’s success earlier this month. Partygoers learned about the variety of classes that The Wall offers, and had the chance to sign up for its biggest unlimited package sale ever. The night capped off with food and drinks, along with dancing to a live DJ. In more exciting news, Julie also revealed The Wall’s new branding and apparel that will be popping up around Manayunk this summer. Stay tuned for how you can buy the latest gear here!

Cheers, ladies. We’re glad you’ve made Manayunk your home. Here’s to many more successful years on Main Street and beyond!