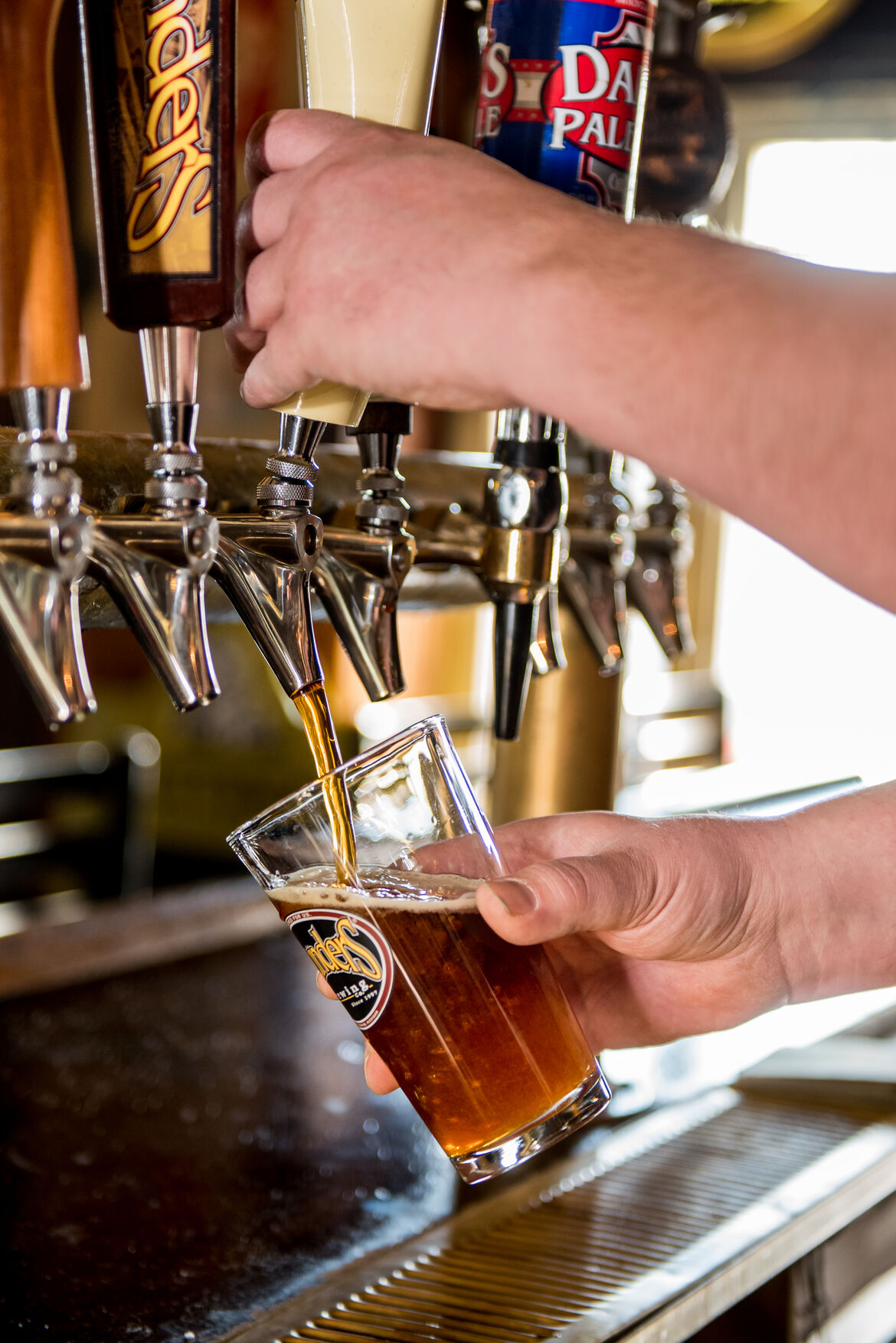 After a long work week, thousands of people across the city are on the prowl for a fresh, cold beer, and any pub worth its liquor license had better deliver with a great tap list. For bar owners Bill Newman and Stephanie Pappas from Union Tap House, finding the perfect combination of brews has been their holy grail—and it’s brought them success over the past two years.

Bill had been a part-time worker at the Union Jack Pub at 4801 Umbria Street since 1999. Fast-forward to 2015, and Bill and his wife, Stephanie, were faced with an exciting opportunity to make the bar their own when it went up for sale. It was a risk, but Stephanie foresaw plenty of potential to expand the food and beer offerings.

“Steph saw value in it that I didn’t see,” Bill laughed. “We had many long talks about it. She won.”

Today, they’re the proud owners of the renamed Union Tap House, and this year’s winners of the Best Tap List category. You could say their gamble has paid off.

As the pub’s name suggests, much of the magic of Bill and Stephanie’s establishment is in the tap list. They have poured their heart and soul into crafting the right mix of brews every night. Bill doesn’t believe there’s any secret formula. It’s simple: give the people what they want.

“I very much listen to the customers. I feel like you could really have any beer, and as long as you listen to your customers, you’ll always have the best draft list,” he said.

Despite this humble philosophy, there’s no denying that the bar owners have great instincts. From the start of their journey, Bill and Stephanie felt a strong need for a local brew at the root of their bar.

“We made a conscious decision about local beers. We both love Yards, so that’s a mainstay. We probably sell more Yards than anything else,” Bill explained. “The other ones rotate through. Weyerbacher, Tröegs, and Free Will Brewing all see the lines every once in a while.”

The pub was built on a solid foundation of standby brands, but lately, the average Manayunk bar-goer has hopped on the IPA trend. As beer lovers, Bill and Stephanie try to stay on top of the wave of popular brews—but they’re careful about maintaining the right balance.

“Without even looking at the draft list, the first question out of everybody’s mouth is, ‘What IPAs do you have on tap?’” Bill said. “I might do two lines of IPAs, then I’ll also have a stout or an amber beer. We’re fortunate in that we have 14 tap lines, so there’s something for everybody.”

Having been a neighborhood guy for years, Bill has built a rapport with his Manayunk customers. The pub runs on his knack for people.

“Bill knows almost everybody by name,” Stephanie explained. “That’s a huge deal—being able to recognize what somebody likes, and making the extra effort to say ‘Oh, Joe Smith loves this stout beer.’ Then when it becomes available, he knows that Joe is going to come looking for it.”

Creating this kind of relationship with their customers was Bill and Stephanie’s plan from the beginning. For them, it’s all about cultivating a “cozy charm.” Taking the cues from Manayunk itself, they wanted their bar to have a neighborly, family feel.

“We like to tell the people who work with us that this is like an extension of our living room, and everyone’s invited in our house,” Bill said. “Everybody’s always very kind when they come through the door.”

An atmosphere like this comes easy to a Manayunk bar. Bill welcomes customers like family because he knows they’re good people who care about the neighborhood.

“The neighbors are the best part of this job. Ivy Green volunteers come by every season, pull all the weeds, and pick up all the trash on the Fountain Street steps right across from Union Tap. No one’s paying them. They do it because it’s part of their neighborhood, and we love that kind of thing,” Bill said. “Then they come in here every Tuesday night after they’re done cleaning up to get wings and beer, and just relax.”

Patrons of Union Tap House can expect big things from the pub in 2017, including a private outdoor beer garden and a surprise that will be unveiled mid-year. No matter how the humble local bar grows in the new year, Bill still believes in the same ideas that brought Union Tap its success in the first place.