From 9th Street To Main Street 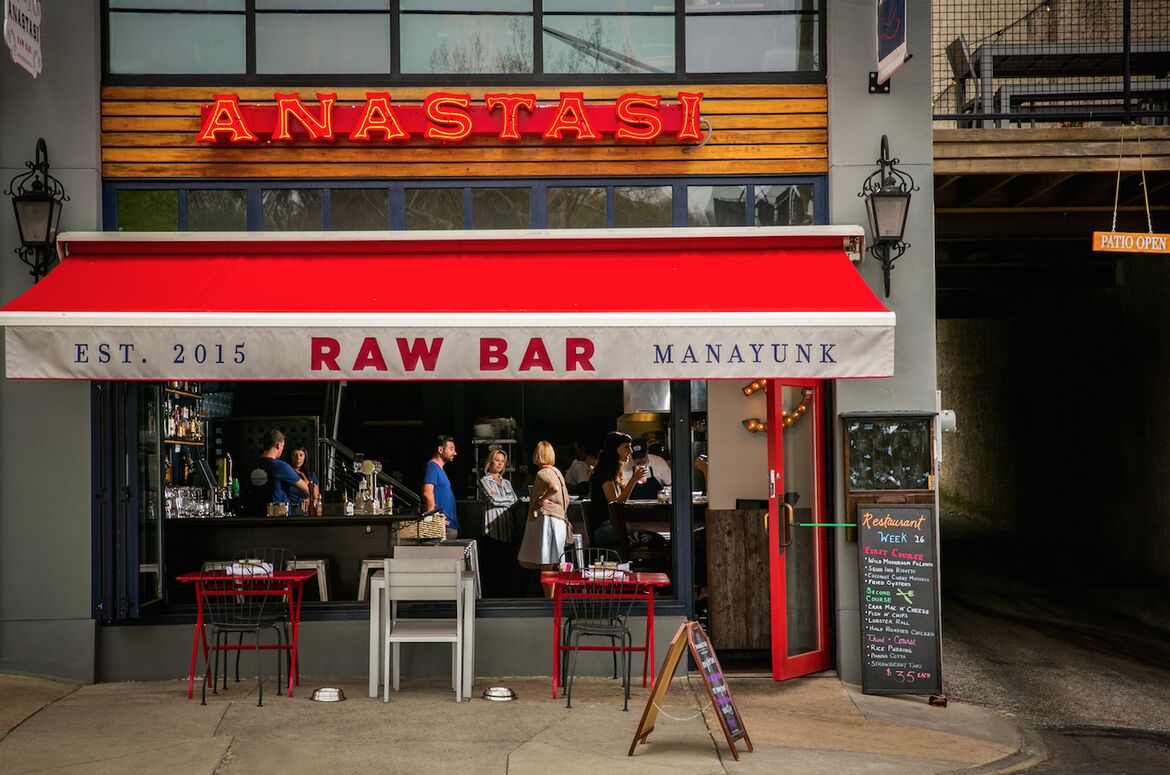 The Anastasi name has been prevalent on the Italian Market scene for more than 100 years, ever since Sicilian immigrant Thomas Anastasi first came to the United States and sold fish off a pushcart. The pushcart turned into a fish market, and the fish market eventually became Anastasi Seafood, one of the Italian Market’s best restaurants. As the 9th Street location flourished, the next Anastasi generation had their eyes set on other locations. First up was Pescatore, a BYOB located in Bala Cynwyd, followed more recently by Anastasi Raw Bar in Manayunk.

Brother and sister team Tom and Mia Anastasi along with partner Frank Kemp opened the Raw Bar in October of last year after being approached by Pescatore regular Allen Newman of Neducsin Properties. Allen tried to persuade the trio of partners into opening up an Italian restaurant at the former Beast and Ale location on Main Street. Reluctantly, Tom and Frank agreed to take a tour of the space.

“We did a walkthrough and our first reaction was ‘No way in hell,’” Frank said laughingly as he sat at the bar of the new restaurant. “An Italian restaurant will never work here. It’s just not laid out right for it… But an oyster bar might work. It was something we always wanted to do.” 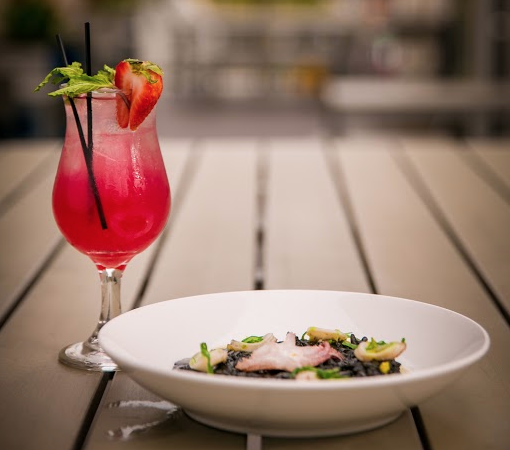 Tom and Frank returned to Pescatore after their tour to discuss the building’s potential. After much deliberation, the idea of a raw bar in Manayunk kept making its way back in their conversations. Now more than half a year into operation, Anastasi Raw Bar has become the go-to spot in Manayunk for seafood lovers and landlubbers alike.

“We really do have great quality food,” Mia said. “Frank, my brother, and I try so hard to make every customer happy so we really put our heart and soul into this to be successful. We give it our all and that says a lot about us.”

In the kitchen, head chef Ken Wallace and his cooks keep customers captivated by whipping up everything from salads and small bites to signature dishes like their Snow Crabs, Lobster Roll, and Squid Ink Risotto. They’ve also got a stellar brunch lineup every Saturday and Sunday from 12pm to 4pm including the Crab Scramble, Omelette Arnold Bennet and Salmon Benny. But the true star of the show has to be their raw bar.

Depending on the season, you can always find a selection of three to seven different types of oysters hailing from the East and West Coasts. Even when the number of types of oysters is down, the variety of what they do with them doesn’t change. They fry them, grill them, and serve them on sandwiches and in cocktail shooters. From the sweet Kumamotos to the briny Quonset Points of New England to the locally sourced Cape May Salts, the team at Anastasi encourages everyone who has yet to try a raw oyster to do so during Happy Hour Monday through Friday from 5pm to 7pm, when they offer “Buck-A-Shuck” oysters and clams. You just can’t beat that.

“What separates us from other markets and restaurants is our access to product,” Frank said. “Having connections on the Italian Market through Tommy and Mia’s parents, we buy directly from the purveyors. We don’t go to a middle market in between, which is really nice because we get the freshest product at the best price.”

But the food menu isn’t the only thing bringing customers through the door. The bar menu features craft cocktails are designed to enhance the salty, seawater flavors of their oysters like the Sour Ginger made with Kinsey Rye, Lemonada made with Sauza Tequila, and the Italian 75 made with Manayunk’s very own Liberty Gin. If you prefer beer, Anastasi serves six rotating draft beers plus roughly 18 different cans and bottles. And for you wine lovers, you’ll find a hearty selection of four draft wines and 16 bottled brands. 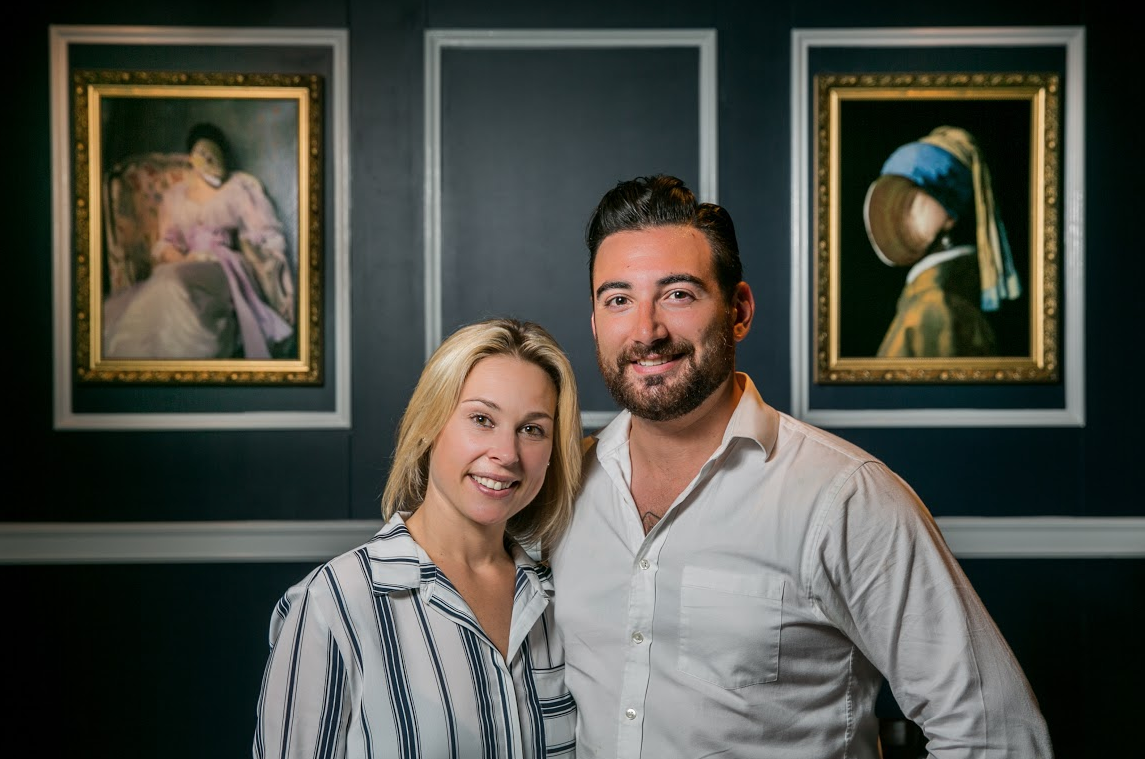 Tom, Mia, and Frank have some big plans for the Raw Bar’s roof deck this summer. They are looking to host live music on the deck at least twice a week (one night and one brunch) in addition to hosting various Clambake-style events that will let their patrons indulge in the true experience shore-side dining right here in Manayunk.

The Anastasi name and reputation for fantastic dining and service have already given the Raw Bar a leg up on becoming a staple within the neighborhood. As a family business, the partners and staff take notice of their regulars and consistently adapt their business model to fit the needs of their clientele. With unique menu options set in a classy, yet comfortable dining environment, Anastasi Raw Bar gives our neighborhood one more reason to consider Manayunk as a restaurant destination.

“Manayunk has been wonderful so far,” Mia said. “It’s totally different than what we are all used to. Everyone has been so welcoming and it’s really nice that people recognize our name from 9th Street. Our regulars can now come here instead of going all the way into the city.”