ENTREPRENEUR OF THE YEAR: LENNY BAZEMORE 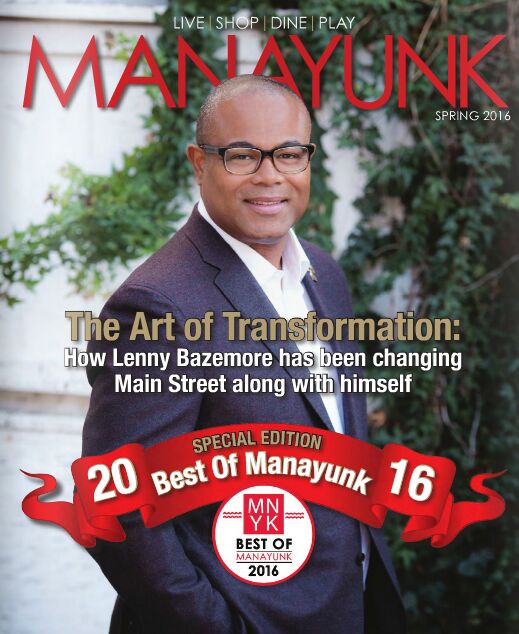 There’s an old Japanese saying that goes, “A man is whatever room he is in right now.” When I interviewed Lenny Bazemore, he was seated in his office on the top floor of 4319 Main Street with the words Bazemore Enterprises LLC written on the wall behind him. From my vantage point, you would never guess this local developer and 2016 Manayunk Entrepreneur of the Year was once a high school dropout who spent most of his childhood in poverty.

“Norristown makes some strong individuals,” Lenny said. “I grew up very poor. I often tell the story of me having to boil pots of water on the stove and carry it up to the bathtub and dump it in. I made at least ten trips so my father could bathe, then my mother bathed after him. Then I would bathe and then my younger sister in the dirtiest of water.”

Despite these early memories of dirty bath water, limited kerosene heating in his house, and government food assistance, Lenny always seemed to harness the entrepreneurial spirit within him. At age 10, Lenny would take on additional paper routes in his neighborhood so he could hire his friends to form a more efficient delivery system. He acted as their manager, packaging papers, organizing addresses, and divvying up the pay at the end of the week. In eighth grade, he used to buy candy bars at the store and resell them at school for a few cents more.

All in all, Lenny estimates to have worked roughly 75 jobs in his lifetime.

“I’ve sold cemetery plots. That was a hard sell,” Lenny said with a laugh. “I worked on the back of a trash truck when I was 19. I worked in restaurants. I've worked construction. I worked cleaning offices, cleaning toilets. Anything I had to do to make ends meet, I was willing to try it.”

Lenny traveled to Georgia for his grandmother’s funeral, where he stayed with his cousin, Rick. Rick had a huge house with a long driveway and a fancy car. Lenny asked his cousin how he got all of that and Rick gave one simple answer: real estate. When asked by Lenny if he would make a good real estate agent, Rick replied, “As long as you have integrity, you can sell real estate.” 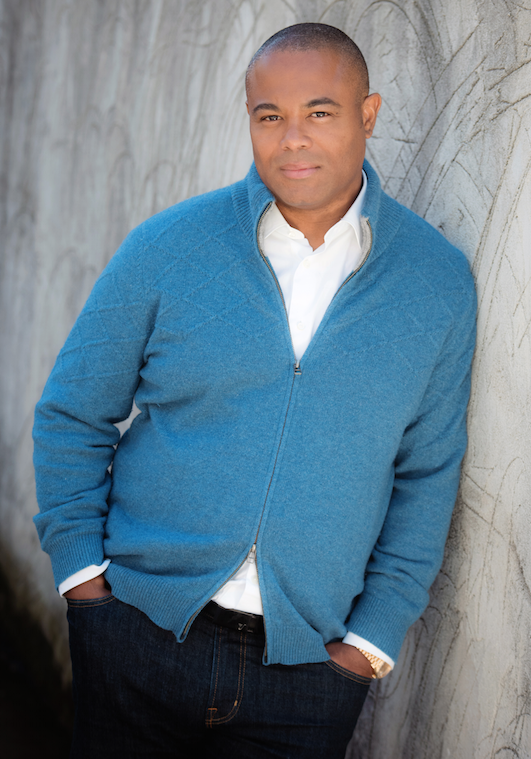 Lenny took his suggestion to heart and earned his real estate license in 2002. He migrated to Center City the following year to recreate his life and has never looked back. While selling houses in the city, Lenny wanted to broaden his experience in one of his longtime passions: fine art. He began working as an art consultant at Galleria 1903 in 2007 and within a year, he was selling his own artwork out of his home. Lenny eventually moved to the Main Line with his wife, Teresa, and his kids. He then returned to school in 2011 to study Fine Art at Montgomery County Community College.

Longing to establish his very own art gallery, Lenny felt that Manayunk would be the perfect fit with its small town charm and strategic location between Center City and the suburbs. This would be his gift to the neighborhood, giving Main Street the aura of art culture that it needed once more. By 2013, Lenny had transformed his first Manayunk property at 4339 Main Street into The Bazemore Gallery, his pride and joy.

“I had the intention of coming here to purchase one building to put my gallery in and that’s it,” Lenny said. “I didn’t have aspirations of buying a bunch of properties until I saw that Manayunk was underdeveloped. So, once I noticed that it had this huge growth potential, I started to take a look at becoming an avid investor here.”

Since opening the Bazemore Gallery, Lenny now owns a total of five Manayunk properties with two more potentially in the works. In the last year alone, Lenny has successfully opened The Juice Merchant, a healthy dining alternative dedicated to the athletic community of Manayunk, and a renovated office space located at the corner of Main Street and Cotton Street that serves as the headquarters for all three of his business endeavors, aptly named Bazemore Enterprises LLC.

“I feel like Manayunk is going through a change from what it was 20 years ago,” Lenny said. “In its transition, it’s going to be a lot more sustainable. With the vast number of apartments coming here in addition to the new parking and the new developmental and entrepreneurial spirit, I believe Manayunk is going to be better than it ever has in its history and I believe all of these changes are going to happen within the next three years. As a matter of fact, I guarantee it.” 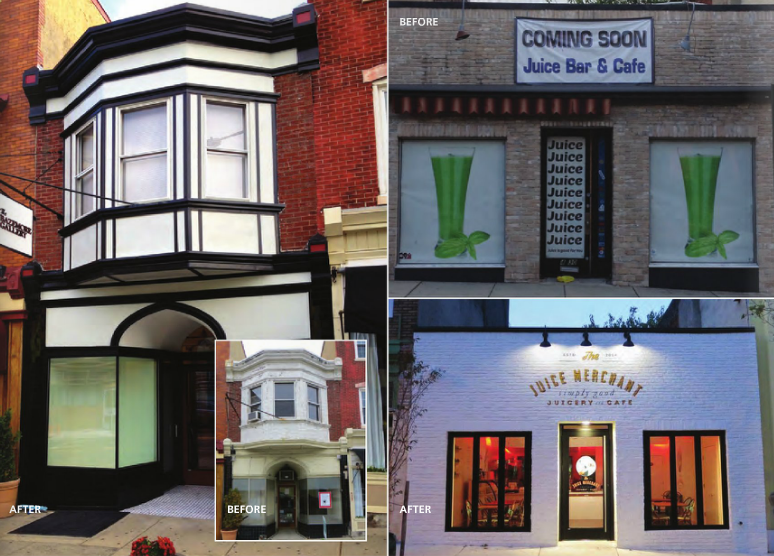 Not only does Lenny believe Manayunk is changing. Manayunk has changed him as well. Being immersed in an outdoorsy, athletic community like Manayunk forced Lenny to take a look at himself and make a change to become a more health-conscious individual. In the last six months, Lenny has lost an impressive 80 lbs and is feeling better than ever.

The neighborhood has given Lenny a vast network of lasting bonds among residents and shop owners alike. He admires the reciprocation of honesty, respect, and support that come with these relationships and it’s truly given him a new perspective on life. Manayunk has consistently made Lenny want to become a better person.

“I have this incredibly high level of awareness and I live from the heart. I think that everyone who knows me knows that and I’m glad that people are getting to know who I am. It’s just…” Lenny paused to gather his thoughts. “It’s just me and I want people to know that here in Manayunk you can be yourself. You don’t have to be anything else. Everyone is going to let you be yourself.”

As for the future, Lenny remains increasingly optimistic in the resurgence of Manayunk. He encourages entrepreneurs of all backgrounds and career stages to consider opening up a business in the neighborhood so long as their purpose is to serve the betterment of this community. He wants to be a lifeline to any future business owners in Manayunk, offering advice on staying organized, having a business model, and not being afraid to fail. Lenny’s willing to give anyone his time so long as they buy him a cup of coffee.

“I believe that Manayunk has given me a new life and I only want to inspire other people to follow their dreams, goals, and ambitions no matter what they are,” Lenny said. “Life is not about finding yourself. It’s about creating yourself. And if you are looking to create yourself, there’s no better place than Manayunk to do it.”