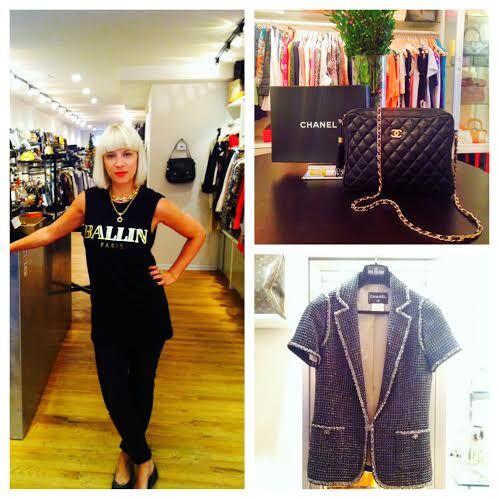 While strolling down Main Street, it is difficult to pass by the bold colors and elegant window display at Remix exclusive consignment shop. With its tastefully selected collection of both designer consignment and newly purchased products, you would surely miss out if you didn’t pop in to see what’s in store. Originally named Upscale Resale, owners Tanya and Ljupka Neducsin decided to change the store’s name to express their “mergence of old and new couture.” Unlike other consignment shops, Remix prides itself in selling nothing but the best. Both quality and authenticity are imperative to Tanya and Ljupka. “We want people to feel like they came and they got a deal, but they got the real deal,” says Tanya.

From Macedonia to the US

Originally from Macadonia, Ljupka moved to the States and eventually Tanya joined here four years ago. When Tanya arrived she quickly became involved in working at Remix with her sister. Between her love of fashion and creative eye, Tanya feels her job is a dream come true. “It comes natural to me,” she says. Remix first arrived at their current location, 4355 Main Street, on November 18th 2011 and was previously located down the street for 3 years. Tanya loves working in Manayunk and the customers she receives here. “It’s a very charming little neighborhood,” she says. She enjoys the shops and restaurants as well as the variety of people from young professionals to families. Shoppers come to Remix not only from the neighborhood of Manayunk, but often the Main Line and Center City Philadelphia as well.

Revival of the Fittest

Something unique about Remix is its revival of old fashions. Tanya and Ljupka purchase bags that were made up to 50 years ago by top tier designers like Chanel and Louis Vuitton. These classic looks were popular then and so flawlessly produced that they are now becoming popular again. For example, this vintage quilted leather Chanel bag was produced in 1980 and featured in American Vogue. It’s the beautiful and historic pieces like this one that make Remix a truly special shop.

The sisters also carry the latest fashions from up-and-coming designers in New York such as Ristro, Richard Chai and Timo Weiland. These fashions are newly purchased, but Remix stays true to its consignment pricing so you can be sure that you are always getting the best deal. As Tanya says, “customer service is number one.”

An Identity of Their Own

If you have noticed the rich orange and brown color scheme at Remix you may have realized they are inspired by the colors of Hermes. The Neducsin sisters carry Hermes in their store and find the brand very dear to them personally so they believed it would create the identity they desired for Remix. Tanya and Ljupka take careful thought in every decision they make for their store. It is not only their job but their passion. What’s next? The sisters hope to expand their store to the Main Line or Rittenhouse Square. The possibilities are endless for this creative and motivated sister duo!