EVENT RECAP: A Cool Weekend at Manayunk On Ice 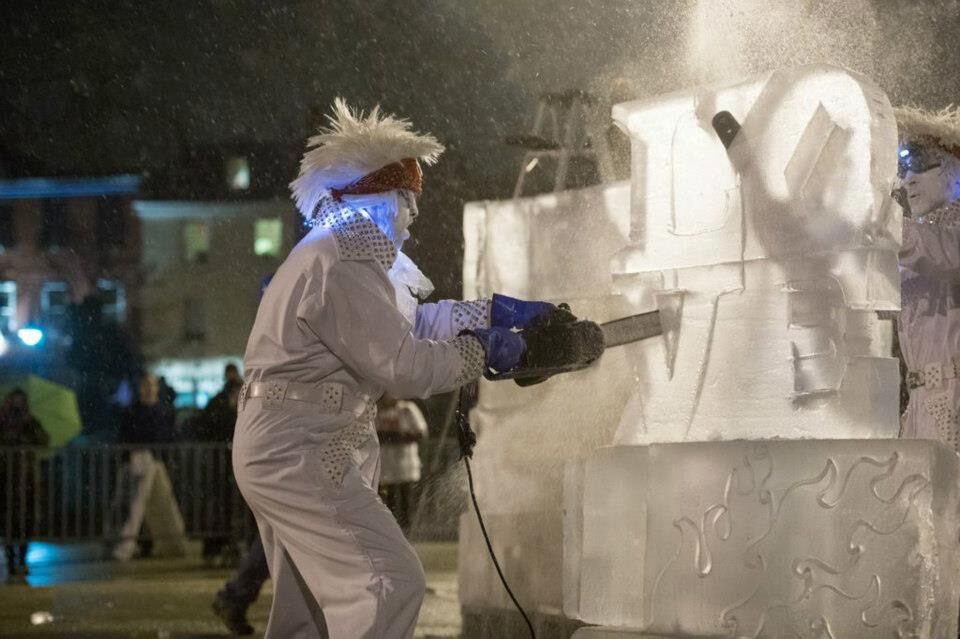 The 3rd annual Manayunk On Ice last weekend was a huge success! Large crowds came to Main Street to witness what can only be described as an ice carving extravaganza. The weekend kicked off on Friday night with an “ice bonfire” that was complemented by the falling snow. Performances by Merge Dance Studio and Society Hill Dance preceded a show by Fear No Ice, an ice carving performance company headed by world-renown sculptor, Peter Slavin. Carvers made ice sculptures and put together the icy bases for the bonfire, and then lit the bonfire for the grand finale. An ice piano was then lit to the sounds of “Great Balls of Fire” played throughout the crowded parking lot.  Food purveyors offered a number of “fiery foods” that attendees could sample and then vote for their favorite—congratulations to Farm Truck Philly for providing the most tasty spicy dish! Muller Beverage also sampled 3 delicious beers: Murphy’s Dry Irish Stout, Stoudt’s Revel Red, and Ommegang's Belgian Pale Ale.

Nine carvers battled on Sunday to create the best ice sculptures and win the crowd’s approval.  The themes were Philadelphia sports related, gaining large cheers from the crowd each time the design came into recognition.  Carvers competed two at a time in a bracket format for 30-minute rounds. Don Lowing and Dan Rebholz went head to head in the final round, but in an exciting twist, the two secretly worked together to create one sculpture! Both were crowned winner, and their version of the Philly love statue with swans on top won them each $1,000.

Manayunk.com wishes to thank all of the carvers, volunteers, and visitors for a fantastic weekend.  Be sure to return next winter to witness the icy allure of Manayunk On Ice!