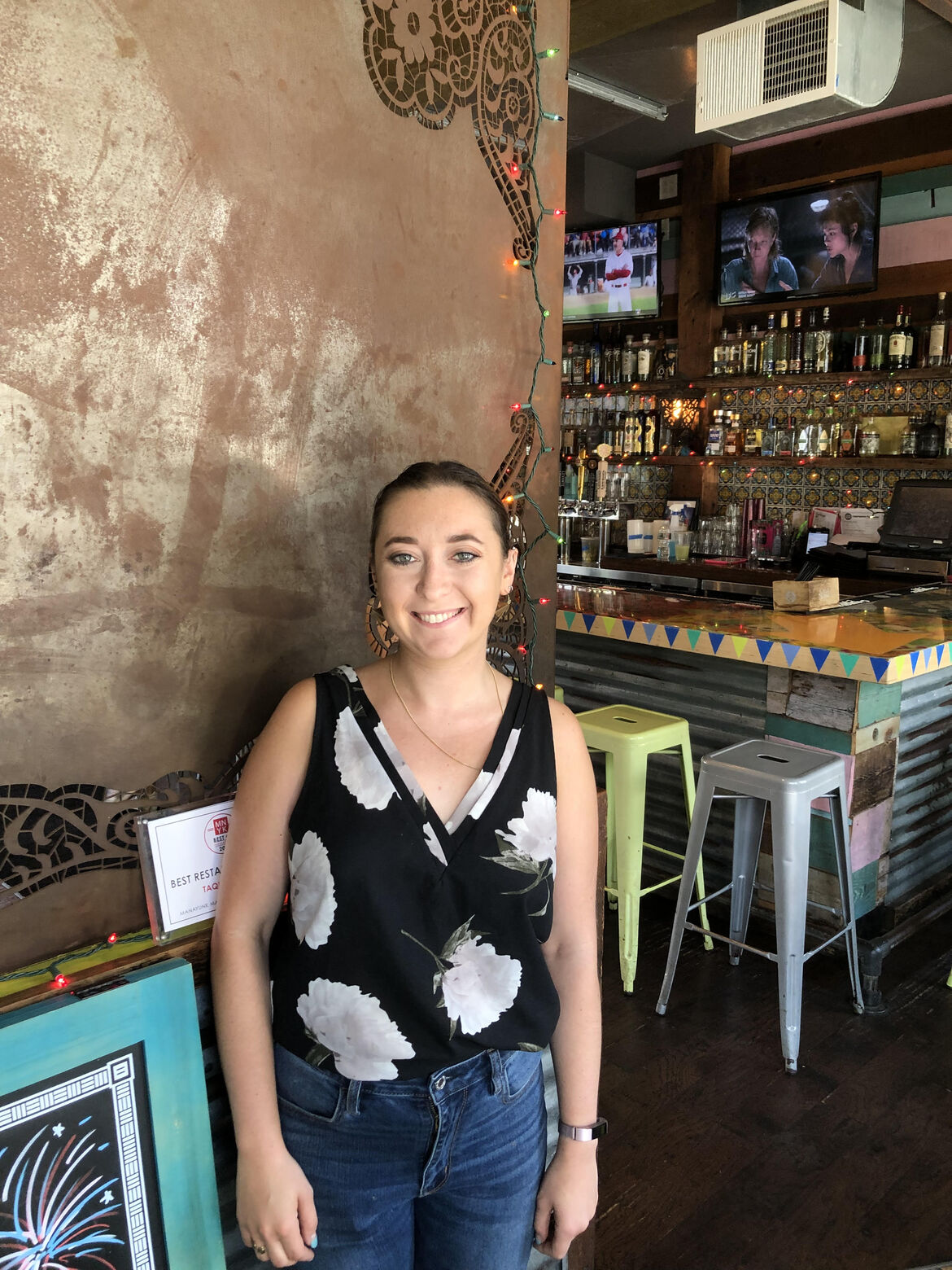 Like most restaurant menus, some dishes may come and go, but there’s one staple item on Taqueria Feliz’s menu that has remained a customer favorite since day one: the “Ensenada” Fish Taco. In 2016 alone, Taqueria Feliz sold a total of 19,157 (about 350 a week) of their famous fish taco.

“It’s by far our number one selling taco,” Anthony Gualtieri, manager of Taqueria Feliz said. “And that runs true not just in Manayunk, but at our other locations in Fairmount, Horsham, and Fort Washington.”

Though the fish taco isn’t actually his favorite—he prefers the pork carnitas—he sees why customers go crazy over their fish tacos.

“Texturally, it’s really nice—the crisp, fresh cabbage slaw with the hot, fresh fish, then the chipotle mayo with a little bit of spice, and the avocado with radish on top for more texture—it all works really well together,” he said.

Describing it further, Anthony said it’s a pretty standard Ensenada style fish taco, which is a town on the Baja coast of Mexico.

“In that area of Mexico, they catch a fish off a boat, drench it in batter, and throw it in the fryer. Then, they basically top it with something similar to what we top it with—some type of slaw, mayo, and slice of lime,” he said.

“It’s tempura battered tilapia that is fried in a gluten-free fryer, so it’s great for people with Celiac or who prefer to avoid gluten,” he added. “Though, we typically serve it with a flour tortilla because the vessel is larger. Those who want it gluten-free can also get it served in our housemade corn tortillas.”

If fried is not your style, you can also opt to have your fish marinated in a little lemon vinaigrette and thrown on the grill instead. Either way you like it, Anthony said blue tilapia will always be the fish of choice for the Ensenada style fish taco.

Taqueria literally means the “taco stand” or “taco restaurant” in Spanish, so it’s no surprise that they specialize in—you guessed it—tacos. From traditional tacos to what Anthony calls “taco derivatives” (fajitas and enchiladas), Taqueria Feliz has it all.

Besides their number one seller, Taqueria Feliz has several other customer favorites, including the chicken tinga. For the vegetarians, the restaurant rotates between cauliflower, brussels sprouts and mushroom taco options, which hardly lack in flavor and texture.

If you’re more of the adventurous type, go for the crispy chicken skin tacos (served with guacamole, house hot sauce, onions, and cilantro) or the Tacos de Chapulines (crispy grasshoppers served with onion, cilantro, and guacamole). They also create their own spins on other cuisines as seen in their Korean BBQ shrimp tacos (with kimchee, cilantro, and radish).

Whether you’re getting the best-selling fish taco or a more adventurous option, Taqueria Feliz’s focus is always on consistency.

“They work really hard in the kitchen and are super consistent. I want people to know that everything, every single sauce, is made back there from scratch,” Anthony said. “If you go somewhere six times and it’s great, and the seventh time it’s ‘eh,’ you might not go back for several months, so that’s why consistency is so important for us.”

Freshness is also key. The staff at Taqueria Feliz is obviously not catching their tilapia and other fish from the Schuylkill River behind the restaurant, and they aren’t located on the Baja coast, but they do get it fresh from South Philly’s well-known seafood provider, Samuels & Son.

“The freshness of everything really shows in all of the tacos, whether it’s the fish taco or one of our other tacos,” Anthony said.

When it comes to what to pair with your fish taco, Anthony suggests pairing it with Best Cocktail runner up, The Three Chile Margarita—made with silver tequila, fresh lime and lemon juice, and a house chile blend. If happy hour is your thing, you can stop by Taqueria Feliz from 4:30 - 6:30 p.m. and get a one-piece order of the “Ensenada” fish tacos for just $5 to pair with your margarita, or stay for dinner and get a two-piece order for $13.95.

With just one bite, you’ll feel like you’re lounging on the beach in Ensenada.