FAITH IN THE NEIGHBORHOOD: Keeping The Faith At St. John's

In the Catholic community, the Christmas season symbolizes a time of reflection on the past year and looking onward to the next. For Monsignor Kevin Lawrence and Father John Kelly, 2016 will go down as a significant moment in their parish’s 185-year history.

St. John the Baptist is the 10th oldest parish in the Archdiocese of Philadelphia and continues to be a landmark in the Manayunk community, especially with its iconic bell tower being seen from virtually any point in the neighborhood. But this tower came close to being demolished due to a citation from Philadelphia’s Department of Licenses and Inspections. Thankfully, the Friends of St. John the Baptist secured more than $1 million through their fundraising effort to undergo the necessary restoration of the bell tower. The project was completed ahead of schedule and under budget, just in time to celebrate St. John’s 185th Anniversary Jubilee on April 24th, 2016.

In addition to these two milestones that will last for generations to come, Msgr. Lawrence and the pastoral council have an eye on their parish’s future by developing a plan that looks to meet the needs of the community at large.

“One of the strengths of this area of the city is community,” Msgr. Lawrence said. “I really think people who have long roots here are very proud of their neighborhood and that really lends itself so easily to what we want to be as a church too.”

Since they came to St. John’s in July 2014, Msgr. Lawrence and Fr. Kelly believe their parish has started to make some tremendous strides during this transition period. At that time, three Manayunk parishes were being closed by the Archdiocese of Philadelphia and forced to merge. 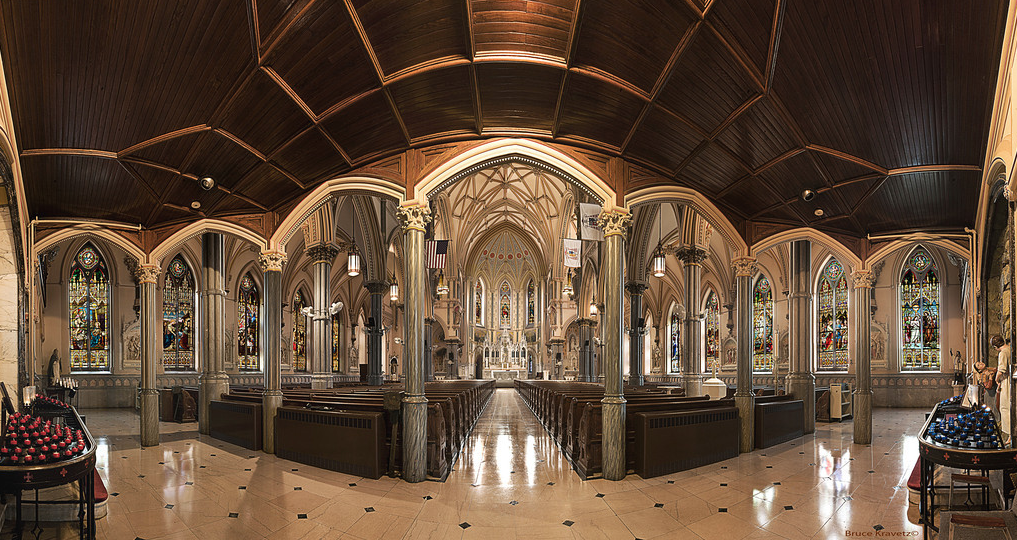 “I think our role within this community is to maintain a Catholic presence, particularly since the difficult and challenging closures of St. Lucy’s, St. Mary’s, and St. Josaphat’s,” Fr. Kelly said. “There’s no Catholic school in Manayunk either. It’s the last bastion of Catholic presence here in Manayunk.”

“When Father Kelly and I both came here in 2014, the parish had been through some tumultuous times,” Msgr. Lawrence continued. “Several years ago, the parochial schools in the area were closed and for many parishes, they really brought a lot of vitality to them. With the loss of schools and the loss of an ongoing young presence through children and school activities, the parish really was in a time of transition.”

Recently, the church has hosted a number of assemblies and gatherings to elicit the thoughts, ideas, and visions of parishioners with an eye on the community at large. Msgr. Lawrence likes to use the church building itself as an analogy for the community. It’s beautiful and deeply rooted in history, but in need of some attention. Just as the bell tower was restored, he hopes the Catholic community in Manayunk is restored as well. While some of Msgr. Lawrence’s goals are a little more long-term (like the eventual reopening of a parochial school in Manayunk), some are more immediate like the development of how the parish worships, the expansion of youth programs, and reenergizing the millennials in the neighborhood to get involved in the church community.

“The key for us in coming together and sharing ideas is that we’re talking about a Christian community,” Msgr. Lawrence said. “When we gather and share and talk, it’s God’s spirit guiding us, inspiring us, and giving us ideas. So when we pull together a pastoral plan, it’s about us, but more importantly it’s about God’s hope, desire, and vision for us as a parish community.”

Both priests have known each other since entering the seminary, and both were ordained on May 16th, 1987. Prior to St. John’s, Msgr. Lawrence served at St. Malachy’s at 11th and Master Streets and was the Director of St. John’s Hospice for nearly a decade. Meanwhile, Fr. Kelly served at St. Madeline’s in Ridley Park, St. Bridget’s in East Falls, and was the Spokesperson for the Archdiocese of Philadelphia while on sabbatical in Rome during the time Pope Francis was selected. Both Msgr. Lawrence and Fr. Kelly agreed that St. John the Baptist is different from their other priestly assignments. Serving a parish of roughly 1,200 families (or 4,000 congregants) in such a unique neighborhood, it didn’t take the usual full-year cycle for them to get acclimated to their environment. 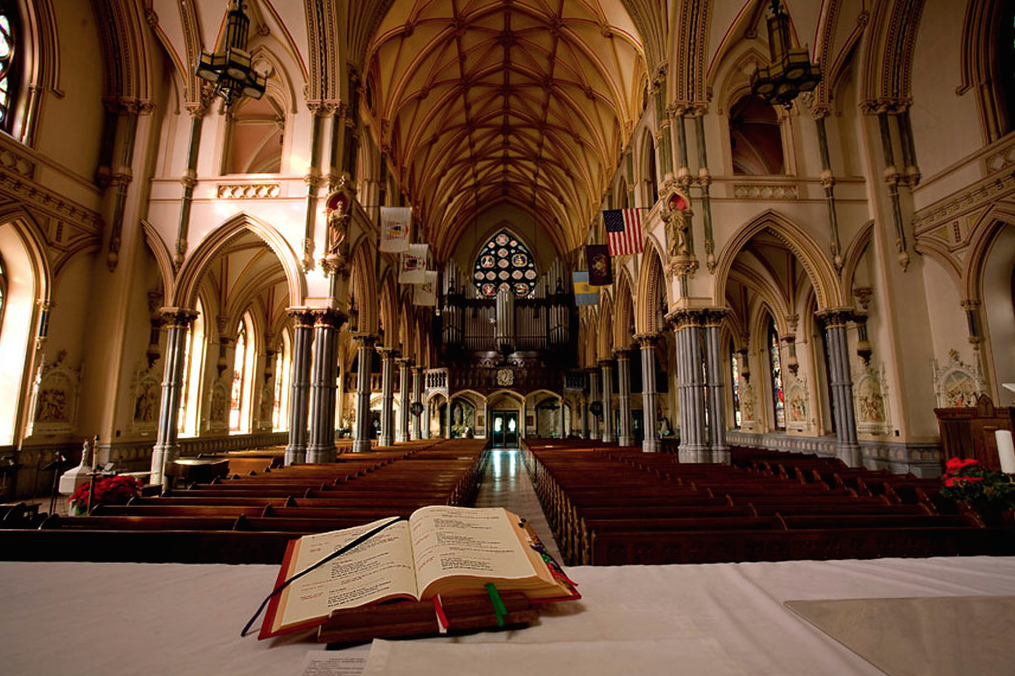 “I think the church at large is really going through a transition, and I think the Manayunk/Roxborough/Wissahickon area really reflects that as well,” Msgr. Lawrence said. “I feel very optimistic about what is happening here in the parish.”

For Fr. Kelly, his first holiday season in Manayunk is one he’ll never forget. With the disappearance and death of Shane Montgomery occurring just a few months into his new role, Kelly was amazed to see how quickly the community rallied around the Montgomery family.

“That became such a telling experience for me, and I think for all of us, to see the strength of this community at such a precarious time,” Fr. Kelly said. “Hundreds of people volunteering and the providence of God with food and brochures and legwork and searchers, that went on for 37 or so days… It’s changed me and continues to because they continue to remain immeasurably faithful.”

Looking ahead to the new year, the clergy at St. John the Baptist hopes this holiday season inspires the members of the community to reflect, to care for one another, and continue to make this a vibrant neighborhood that thrives on the kindness of one another.

“Manayunk is a place where people can really create a home,” Msgr. Lawrence said. “And my hope is that what we do as a church will encourage people to make their home here. We hope they stay and raise their families and contribute to what makes it such a community-oriented place.”